The New hockey culture
Has Arrived!

Hockey is now recognized all over the world with Hockey Development growing in place’s like Japan, China, Mexico and especially in the hot climates of North America.

Join the New culture and get information on up coming events 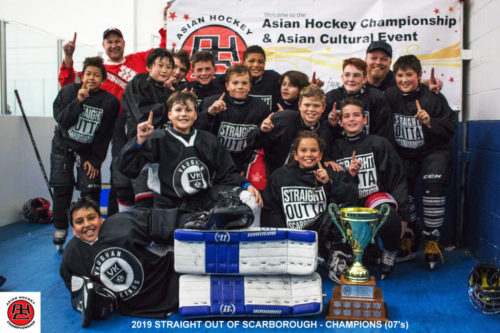 It was a great honour to have competed and Won a championship in the renowned annual Asian Hockey Tournament held in Toronto Canada.

We have had participation from teams in other provinces (Québec, Manitoba) and interest from China, USA and Japan.

We are represented by players that have played in the AHL, OHL, European hockey, Junior and AAA.

GROWTH OF THE TOURNAMENT:

The event is not just a tournament for the players, but an experience for family, friends and the community.

Entertainment Portion of the Event:

The organizers like to show their commitment to the community. Some of the causes that we have donated to are:

The Asian Hockey Championship began in 1989, when a group of male friends got together to play a fun four team tournament.

Today the face of the tournament has evolved to:

In 2006, the Mayhem Dragons were the first female team to join the tournament breaking the men’s only mold. In 2007 a 4 team Women’s Division was added. This was again expanded to 8 women’s teams in 2017.

Heads Up! King of the Mountain